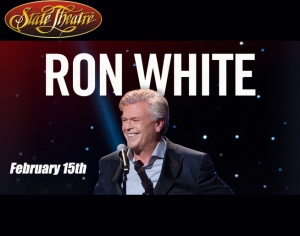 Comedian Ron “Tater Salad” White returns to Easton on February 15th, 2020, performing at the State Theatre. White first rose to fame as the cigar-smoking, scotch-drinking funnyman from the Blue Collar Comedy Tour phenomenon, has long since established himself as a star in his own right. Over the past 15 years, White has been one of the top grossing stand up comedians on tour in the country. His comedy recordings have sold over 14 million units (solo and with the Blue Collar Comedy Tour), he’s been nominated for two Grammys, he was featured in the Cameron Crowe Showtime Series, “Roadies,” and he even authored a book that appeared on the New York Times Best Seller List.

What (if anything) are you giving up for lent? Rick and Joel discuss this morning…

Courtney Cox recently dished the dirt on the Friends reunion special. Look for that special in May on HBO Max. Jon Bon Jovi and Prince Harry are recording a charity song but since the Price wants only to called Harry from now on, Bon Jovi had to rethink what he is going to call him……

Everyone is talking about the Coronavirus and the threat of the virus making its way to the US… but did you know that amongst other things, The Simpsons predicted that waaaay back in 1993?!  Rick and Joel discuss this morning…